To share your memory on the wall of Patricia Tanner, sign in using one of the following options:

Print
Patricia Ann (Miller) Tanner, 78, of Holmes, NY, passed into the arms of the Lord at Vassar Brothers Medical Center in Poughkeepsie on December 18, 2020 due to COVID 19.

Pat was born July 26, 1942 in Brooklyn, the daughter of the late ... Read More
Patricia Ann (Miller) Tanner, 78, of Holmes, NY, passed into the arms of the Lord at Vassar Brothers Medical Center in Poughkeepsie on December 18, 2020 due to COVID 19.

Pat was born July 26, 1942 in Brooklyn, the daughter of the late Harold A. Miller and Dorothy E. (Merritt) Miller. She was raised in Richmond Hill, Queens, and attended Richmond Hill High School, class of 1960, as well as Queens College.

She married her childhood sweetheart, Roger Edward Tanner, on June 9, 1962 at Andrews Church in Cypress Hills. The young family quickly welcomed their beloved children, Deborah Ann Tanner and Thomas Edward Tanner, and raised them in Cypress Hills and later Woodhaven. In 2020, they celebrated their 58th wedding anniversary together.

Pat and Roger owned Werner & Acker Cypress Hills Florist. They also were involved in the establishment of the Cypress Hills Local Development Corporation during that time. After 35 years of business ownership, they both retired in 2009.

She is survived by her husband, Roger Tanner of Holmes, NY; children Deborah Tanner (partner Ray Hanson) and Thomas Tanner (wife Joanne Tanner), 9 grandchildren, and 7 great grandchildren. She is also survived by siblings Richard Miller, Alice Neil, and Gloria Schmidt, as well as their spouses and families.

Receive notifications about information and event scheduling for Patricia

Consider providing a gift of comfort for the family of Patricia Tanner by sending flowers.

We encourage you to share your most beloved memories of Patricia here, so that the family and other loved ones can always see it. You can upload cherished photographs, or share your favorite stories, and can even comment on those shared by others.

Posted Dec 21, 2020 at 01:46pm
I love you Pat, best biggest sister ever. lots of great family memories will carry us through until we meet again.
Comment Share
Share via: 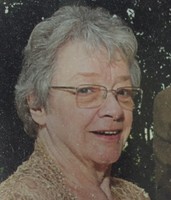