To share your memory on the wall of Francisco Hernandez, sign in using one of the following options:

Receive notifications about information and event scheduling for Francisco

The insignias listed here may be subject to copyright and/or trademarked. Those copyrights and trademarks are owned by the respective organizations.

Consider providing a gift of comfort for the family of Francisco Hernandez by sending flowers.

We encourage you to share your most beloved memories of Francisco here, so that the family and other loved ones can always see it. You can upload cherished photographs, or share your favorite stories, and can even comment on those shared by others.

Posted Mar 19, 2021 at 03:14pm
There are some who bring a light so great to the world that even after they have gone the light remains.

3 trees were planted in the memory of Francisco Hernandez

Posted Mar 16, 2021 at 10:47am
Tio Fran,
We love you and miss your beautiful spirit and smiles. You weathered the ups and downs of life gracefully , with your wittiness and great attitude. I know my Mami appreciated it, especially in her last days. I can see you now enjoying cafecito with Papi. You leave a wonderful legacy with your children and grandchildren.
Comment Share
Share via:
IH

Posted Mar 14, 2021 at 08:37am
To my Uncle Francisco,
Memories of your laugh, your love for your family, your insightfulness, your strength and your moments of tenderness will stay with me forever. You reminded me of Papi and made me wonder about the happy times you shared together and struggles in life you weathered as brothers. May you be drinking your cafe together, and with your parents and other siblings, free of pain and sharing the love that you have for each other and that your families will always have for you. Thank you Tio Fran for showing love for me and my family, and for being the man you were. We will never forget you and will always love you.
Comment Share
Share via:
MR

Thank you Yvette for the kind words and memories you shared with our dad.
MB

Posted Mar 13, 2021 at 04:18pm
Querido Tio Frank, You were a beautiful human being who will be greatly missed. We will miss your jokes, your laughter, and the care and love that you showed to many, especially during trying times. We will also miss seeing the beautiful interactions you had with Tía Miriam: The times I saw you together, you were like two lovebirds recently married, joking with one another in a loving manner. A casual observer would never know that you two had shared a lifetime together with its ups and downs, joys and sorrows. You will be forever in our hearts. May you rest in peace! Love, your niece Mildred
Comment Share
Share via:
MR

Thank you cuz Mildred for sharing your experience about our dad, your tio! It means so much to us.
T

Thank you for your beautiful words . 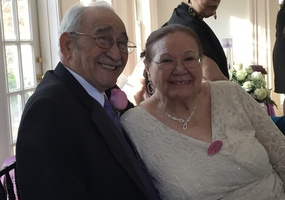 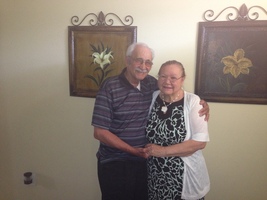 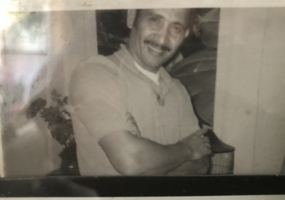